JACKSON – A new person will soon fill the role of Interim Superintendent for Northampton County Schools, continuing the district’s efforts to improve. 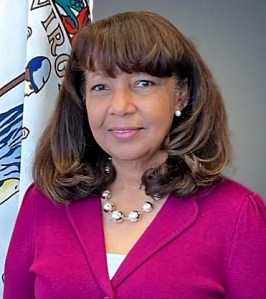 “Both Boards agree that she is the right person for this position at this time,” the release stated. “We are confident she will effectively serve the Northampton community, staff, and students and will do an outstanding job as the new interim superintendent.”

Atkins comes to Northampton County with many years of experience in guiding school districts. She recently served as Superintendent of Schools in Charlottesville, VA for the past 15 years before retiring in May 2021. Previously, she has also worked with Carolina County Schools and Richmond City Schools in Virginia.

For the last year and a half, she has worked with the Virginia Department of Education in a variety of roles, including a short stint as Interim State Superintendent.

“She is nationally known and respected for her extraordinary work in leading instructional improvement,” the State Board said in the press release. “In addition to her knowledge, experience, and abilities as an extraordinary school leader, she brings with her a devotion to students and education, as well as a commitment to the school-improvement process.”

The State Board thanked Dr. Atkins for her willingness to share her talents with the state of North Carolina.

Rhonda Taylor, Chair of Northampton Board of Education, told the Roanoke-Chowan News-Herald today that the board is excited to be working with Dr. Atkins. An official vote of approval by the county board is expected at their regular meeting on Oct. 10, and then Atkins will officially begin her new job later this month.

“She has a lot of experience as a superintendent,” Taylor said. “Although it’s in the state of Virginia, her accolades speak for herself. I think she’ll be a great asset for Northampton County and continue on with the work Dr. Burns has started with us.”

Atkins will replace Dr. Del Burns, who was appointed by the State Board as interim in Dec. 2021 for a one-year term. Burns, a retired superintendent who has previously served in several districts throughout the state, opted not to extend that year-long term. That prompted the joint search for a new interim beginning in July.

They also extended their gratitude to Dr. Burns for the work he did while at the helm of Northampton’s district.

“He has worked tirelessly and with devotion to the students, staff, and community in Northampton County,” the release continued. “His skills and experience have been invaluable in the process of working to help the Northampton School System become the best it can be.”

Atkins’ appointment was made pursuant to NC General Statute 115C-105.39(c) which gives the State Board the authority to appoint an interim superintendent. Her appointment is expected to last for three years, which is the minimum number of years according to research it takes to turn around a school district and create a climate to sustain those improvements.