RICH SQUARE – A Scotland Neck man has been arrested for a robbery that occurred on July 1. 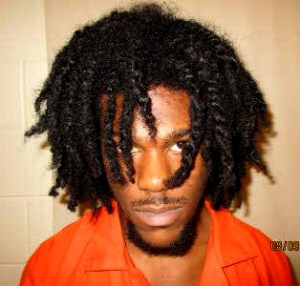 Tyquan Mitchell, age 19, was located on Aug. 9 at a residence in Rich Square. There, he was arrested by Sgt. W. Killian, Lt. A. Collier, Deputy G. Reed, and Deputy B. White of the Northampton County Sheriff’s Office along with Chief W. Smith of the Rich Square Police Department.

Mitchell was served outstanding warrants out of Northampton County for common law robbery, possession of stolen goods, and simple assault. These warrants stem from an investigation that began on July 1 by Northampton Sheriff’s Sgt. L. Baker where it was reported that an 85-year-old male was robbed of US currency.

Mitchell was placed under a $5,000 secured bond and is scheduled to appear Aug. 16 in Northampton County Criminal District Court.

He stands charged in Halifax County for possession of a stolen motor vehicle, resisting a public officer, and failure to carry a valid driver’s license. He received a $5,000 secured bond for those charges.

Mitchell was also served an outstanding warrant out of Nash County for two counts larceny of a motor vehicle. He received a $2,500 secured bond for those charges.