RALEIGH – Dr. Pamela Chamblee, who has been Superintendent of Northampton County Schools since April 2019, has been suspended by the State Board of Education per a decision made at their meeting on Dec. 2. 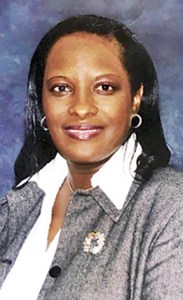 According to a statement from the State Board of Education, Dr. Del Burns has been appointed as the district’s Interim Superintendent effective immediately.

Northampton County’s school district has held the label of “low performing” for several years, a designation which is given when a district has 50 percent or more schools designated as “low-performing.” Five out of the district’s seven schools were considered low performing, according to the last time NC Department of Public Instruction gave out “school report cards” before the pandemic.

The State Board of Education statement explained, “The time has come for the State Board of Education and the Department of Public Instruction to use the authority vested in them to take a more direct role in addressing the needs of the Northampton County Schools by appointing a highly experienced Interim Superintendent who has an impressive track record of helping to lift achievement levels in school districts across the state.”

Dr. Burns previously served as Superintendent of Wake County Schools as well as Interim at a number of different districts across the state, including Bertie County, Edgecombe County, Nash-Rocky Mount, and New Hanover County Schools.

“He is a consummate student advocate who is passionate about public schools and the development of public school leaders,” the statement also included.

The News Herald confirmed that Dr. Chamblee has been suspended with pay.

Dr. Chamblee was first hired by Northampton County’s Board of Education in an interim capacity in April 2019, and later named her the full-time superintendent in August 2019.

In June 2020, the county’s school board voted 5-2 to terminate her contract. Many of those votes came from board members who were concluding their terms after unsuccessful reelection bids.

When the new board was sworn in two weeks later in July 2020, they voted 5-1 to rescind her termination.