JACKSONVILLE – John Thomas (“JT”) Layton, Jr., 94, passed away peacefully at home on Sunday, 11/28. JT was predeceased by his wife, Grace, in 2017. He is survived by one of his sixteen siblings, Sherlon Layton of Edenton; three children, Valerie Smith (George) of Jacksonville, Steve Layton (Joy) of Jacksonville, and Lea Watson (Fred) of Concord. He is also survived by five grandchildren, Rachael, Mike, Natalie, Nick, and Taylor. 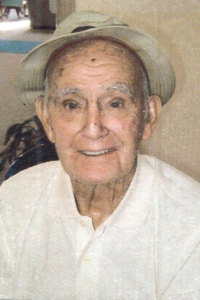 JT served in the Navy during WWII. He married Grace White in 1949. After transferring to Marine Corp Air Station, Jacksonville in 1958 as a civil service fireman, he rose to the rank of Captain over his 30-year career. While raising their children, he and Grace also started Layton’s Nursery and later, Layton’s Rentals. Grace was his loving companion, steadfast business partner, occasional verbal sparring partner, and greatest joy.

JT was accepting, friendly and generous to all. He loved family, meeting people, good stories, and great deals.

John Thomas Layton was one of a kind, and the world is lesser in his absence.

A memorial service will be held at 12 noon on Thursday, December 2, 2021 at the mausoleum at Onslow Memorial Park, Jacksonville.

The family wishes to thank the many who attended to JT so well in his later years.