Mr. Marra was born in Manhattan, NY on February 2, 1937, and was the son of the late Ralph and Eleanor McGrath Marra. 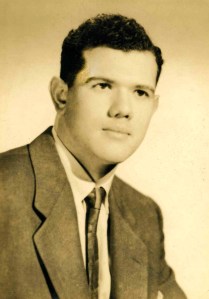 A graduate of George Washington High School, he later furthered his education at Roanoke-Chowan Technical College where he graduated in 1976 with a degree in Business Administration and had received the award of Who’s Who in American Jr. Colleges, and then later attended and graduated from Nash Community College with a degree in Postal Management. A Navy veteran, he had served aboard the USS Vulcan (AR-5) as a Radioman. He met the love of his life, Emily Jernigan, at the YMCA in Norfolk, VA, and they enjoyed 62 years of marriage until her death on April 12, 2020. They moved to Ahoskie in 1959 where he worked with M & M Supermarket and then as an assistant clerk with the NC State Highway Commission before starting a career with the US Postal Service. With the postal service he was first employed as a letter carrier in Ahoskie and later served as the Postmaster in Oak City from 1984 until his retirement in 1992.

A member of St. Charles Borromeo Catholic Church where he had formerly served on the Parish Council and as an usher, he particularly enjoyed being involved in the church’s fundraising efforts for various causes through the years. Active in the community, he had formerly enjoyed membership in various clubs including the Kiwanis, Jaycees, and Moose Lodge where he had served in a range of capacities including as president in all three. He had also served on the Board of Directors with the Golden Strand Time Share Association. In the 1970’s he was involved with the Gallery Theatre in Ahoskie in which he was a participant in three plays including “Anything Goes, “Music Man” and “Look Homeward Angel”, and in more recent years in “Spamalot”. Other enjoyments in his life included tending to his plants, gardening, antiques, and going to flea markets and yard sales. In 2018 he participated in the Senior Olympic Games in Greenville and won four gold medals. He returned in 2019 and won two silver medals. Spending time with his wife was dear to him as they were often known to sing “You Are My Sunshine” to each other. He was a loving husband, father, and grandfather.

Surviving are his two sons, Anthony Ralph Marra, Jr. of Ahoskie and Robert John Marra (wife, Ericka) and their son, Trent Marra, all of Raleigh.

A Mass of Resurrection will be held Wednesday, November 17, 2021 at 12 p.m. noon in St. Charles Borromeo Catholic Church, 122 NC 561, Ahoskie. Burial with military honors will follow in the Ahoskie Cemetery. Friends may join the family for a time of visitation on Tuesday, November 16, from 3-6 p.m. in the church.

Flowers are welcomed and appreciated or memorial contributions may be made to St. Charles Borromeo Church.