WINSTON-SALEM, NC – Born on September 25, 1960 in Burlington, NC, Michael Brent Sutton was a beloved son of Minnie Frances Branch and Benjamin Conrad Sutton. As a boy growing up in Murfreesboro, NC, he delighted with his mischievous antics and winning smile; and as a man, he was larger than life—in stature, heart and spirit. He had an unforgettable ear-splitting belly laugh and an insatiably curious mind, and his bear hugs were second-to-none! 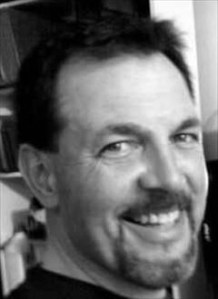 Michael passed away unexpectedly on September 19, 2021, the result of a tragic automobile accident. That weekend had been a particularly happy one for him, however. On Saturday morning, his son Samuel, processed with his Class of 2020 classmates during commencement exercises (after a year’s delay due to the pandemic) at Wake Forest University to “formally” receive their diplomas. Later that afternoon, he saw the Demon Deacons score a major victory on the gridiron, prevailing over Florida State. Best of all, Michael shared the joy of the weekend festivities with Samuel, Samuel’s mother Shelly Chaudoir and her husband, Mike. It was truly one of the finest, most joyful days of his entire life.

In lieu of flowers, Samuel and the family request that memorial gifts be made in Michael’s honor to the Spirit of the Old Gold and Black marching band at Wake Forest University Marching Band, 1834 Wake Forest Rd., Winston-Salem, NC 27109.

Condolences may be made online at www.salemfh.com.