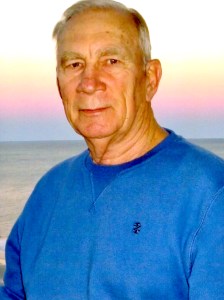 A native of Hertford County, James was born on January 12, 1940 to the late William Othello and Lois Baugham Asbell in Ahoskie, NC. James graduated from Ahoskie High School in 1959 and then he joined the United States Army, proudly serving his country and retiring in 1980 at the rank of First Sergeant. James served in Okinawa, Thailand, and two tours in Vietnam. While serving in the Army, James and his family lived in Georgia, North Carolina, Tennessee, Germany, and Virginia. During James’ service, he received a Bronze Star for Outstanding Meritorious Service while stationed in Vietnam. He also received the First Oak Leaf Cluster along with several other commendations. He completed Jump Master training while stationed in Okinawa and applied this training while serving in Vietnam, and throughout his career while assigned to 82nd, 101st, and 173rd Airborne Divisions. As a Master Paratrooper, he was proud to assist and mentor others in this field. James was extremely proud of his service to the United States and dedicated his life to taking care of his family whom he loved dearly. He was loved and respected by many. He will be greatly missed by all that knew him.

James is survived by his devoted wife, Betty Jean of 58 years; his daughter, Lorie Burroughs and husband, Marty of Greenville, NC; son, Jimmy Asbell and wife, Valerie of Ahoskie, NC; four grandchildren, Nicholas Bridgers of Elizabeth City, Kristen Ralph and husband, Cody of Glen Burnie, MD, Cole Asbell of Eure, NC, and Ethan Asbell of Ahoskie, NC; one sister, Jesse Spaulding and husband, Bernie of Norfolk, VA; two brothers, Thomas Asbell and wife Rose of Powellsville, NC, and Richard Asbell and wife, Judy of Fayetteville, NC. At the time of his death, James was survived by a brother, Billy Asbell (now deceased, January 23, 2021) who is survived by his wife Frances and daughter Lisa Foster of Ahoskie NC. James is also survived by several nieces and nephews.

In lieu of flowers, memorial contributions may be made to the Amyloidosis Foundation at www.amyloidosis.org.