Mr. Roberson was born in Beaufort County on November 18, 1926 and was the son of the late Walter John Roberson and Letha Mae Seymore Roberson. In addition to his parents, he was preceded in death by his wife of 64 years, Bernice Thomas Roberson; his daughter, Patty Adams; his son, Carl E. Roberson, Jr.; sisters, Mabel and Ruth; and by brothers, John and Pete. 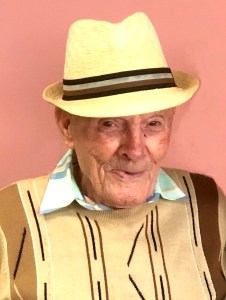 Like many others of the “Greatest Generation”, Mr. Roberson left school straight for the military and at age 17, joined the US Navy. On D-Day, he was on a supply ship off the coast of Normandy. He toured the Philippines Seas and then began his married life stationed in Panama. Retired as a Chief Petty Officer, he was a veteran of both WWII and the Korean War, having traveled the world over during his over 20 years of service. Following his military career, he was employed and later retired from Norfolk Naval Shipyard. He attended and enjoyed fellowship with Liberty Free Will Baptist Church in Ahoskie.

A memorial service with military honors will be held Friday, July 16, 2021 at 11 a.m. in the chapel of Miller Funeral Home, 304 Main Street, Gatesville, and will be conducted by Pastor Troy Bordeaux. Friends may visit with the family in the funeral home immediately following the service on Friday. A private inurnment will be held in Albert G. Horton, Jr. Memorial Veterans Cemetery in Suffolk, VA.