GREENVILLE – Quayshaun Howington, who was sought in several local shootings and wanted for attempted first-degree murder, has been captured in Greenville.

Hertford County Sheriff Dexter Hayes told the R-C News-Herald that Howington was nabbed by the Greenville Fugitive Task Force at around 5 p.m. on Friday. 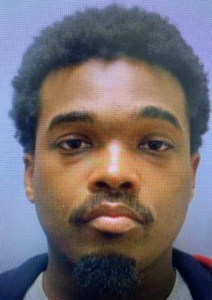 Details of how and where he was located in Greenville were not made available by News-Herald presstime on Friday evening.

Hayes said Howington will be returned to Hertford County on Monday where he will be jailed pending a court appearance.

Sheriff Hayes added that Howington is also a person of interest in several shootings in and around the Ahoskie area. Information about those shootings was not shared.

“Prior to his capture today [Friday], Mr. Howington was considered armed and dangerous,” Hayes said in a brief statement Friday afternoon. “We’re happy that he has been taken off the street.”

This week, the Hertford County Sheriff’s Office posted a $5,000 reward for Howington’s arrest in an effort to get the public involved in helping to locate him.

It was not immediately known if a citizen spotted Howington in Greenville and alerted law enforcement officials there of his whereabouts.

JACKSON – Those wishing to visit the Northampton County Cultural and Wellness Center are able to do so again, according... read more