Mrs. Spruill was born in Gates County on February 27, 1930, and was the daughter of the late Willie Edward Turner, Sr. and Ethel Wilkins Turner. Employed with the United States Postal Service for 37 years, she began as a postal clerk, and later served as Postmaster of both the Tyner and Sunbury offices. She was a member of Kittrell’s United Methodist Church in Gates. 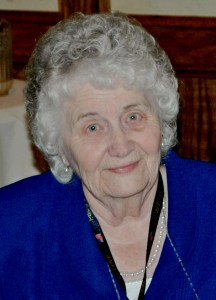 In addition to her parents, she was preceded in death by both her husbands, Daniel C. Lewis and Earl Spruill; and by her brothers, Willie Edward Turner, Jr. and Douglas Ray Turner.

A graveside service was held Tuesday, September 1 in the Gatesville Cemetery and will be conducted by the Rev. Carroll Bundy.

Miller Funeral Home, 304 Main Street, Gatesville, assisted the family with arrangements and online condolences may be made by visiting www.millerfhc.com.