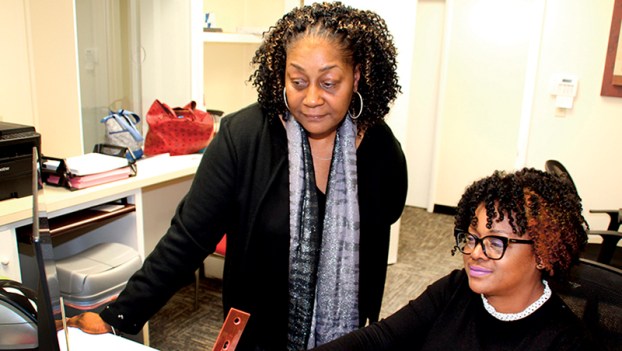 At the age of two, she lost her father to a heroin overdose in New York. Five months earlier, her 19-year-old mother was murdered right in front of her eyes in a domestic abuse case.

Powell has also seen other family members die after searching for a high that led to an overdose.

“This is why I take my job so seriously because of losing so many family members because of this garbage (drugs),” said Powell, the manager of the Ahoskie Treatment Center, a newly opened business that features personalized plans to help addicts become productive citizens. “I don’t play around when it comes to substance abuse.”

Like it is across the nation, the local heroin crisis is growing steadily worse in conjunction with opioid misuse.

“It’s more (opioid) pills misused here in this area,” Powell remarked. “There are cases here of heroin addiction, but we’re seeing more [clients] who are addicted to the opioid pills.”

According to the National Institute on Drug Abuse (numbers from January of 2019), more than 130 people in the United States die daily after overdosing on opioids. The misuse of and addiction to opioids – to include prescription pain relievers, heroin, and synthetic opioids such as fentanyl – is a serious national crisis that affects public health as well as social and economic welfare.

The Centers for Disease Control and Prevention estimates that the total economic burden of prescription opioid misuse alone in the United States is $78.5 billion a year, including the costs of healthcare, lost productivity, addiction treatment, and criminal justice involvement.

“Some drug dealers are selling uncut fentanyl, that’s what is killing so many people,” Powell noted. “It’s 10 times stronger than heroin. Narcan [a medication used to block the effects of opioids, administered primarily when a person suffers an overdose] is used three, four, five times in some cases when a user overdoes on fentanyl.

“It’s highly addictive,” she continued, “and the really bad part about it is the user knows it can kill them, but yet they keep going back for more.”

As a 30-year veteran in the business of dealing with drug addicts, Powell says she understands how their minds work.

Fortunately, it’s clinics like the one in Ahoskie that can offer help.

The Ahoskie Clinic, which accepts referrals or addicts can walk in off the street, launches their program by first assessing a patient. An onsite nurse then takes all the normal vital signs. The patient then visits with an onsite doctor, who performs a medical evaluation to ensure that the patient is healthy enough to undergo treatment. That treatment (doses of medication: subutex and methadone) is administered daily (the clinic is open seven days a week).

Powell said the medication administered at the Ahoskie clinic allows the addict to reach a level where their body is no longer craving opioids.

“We have an open door policy,” she stated. “If they come in and are not acting right, we order immediate tests. And we follow up with them on a regular basis.”

She stressed that constant monitoring is vital.

“We also look at the broader scope of their lives,” Powell said. “We make every attempt to learn more about them and offer counseling and psychiatric help. We also work with our other partners to help them find employment or go back to school in an effort to better their lives. You have to fix the whole person, not just their addiction to drugs. We can help you get off drugs, but if you have no job or an education to find a job, then you’ll become depressed and turn back to a life of drug abuse.”

In cases where those suffering from chronic pain, resulting from a variety of medical issues, and only need it for short-term relief, Powell said the heightened sense of awareness of possible addiction needs to be a talking point between a doctor and patient.

“Yes, there are those who understand how misuse of such medication can lead to addiction, but even then those patients need to be closely monitored by their doctor to ensure they are not becoming addicted,” she stressed.

“Doctors need not to blindly write those prescriptions and not follow up with those patients,” Powell continued. “It all starts with a need to relieve pain, but those who are weak minded and don’t understand how addictive those pills can become are the ones who wind up abusing that medication. They know how good they feel after taking that one pill, which leads them to take more than the prescribed daily dose.”

A native of New York, Powell moved to Elizabeth City (her grandmother’s home) 18 years ago. She worked in New York at one of the most established substance abuse centers in the nation – Addicts Rehabilitation Center.

She is educated in the fields of Criminal Justice Administration and Educational Counseling; and is a licensed Substance Abuse Professional.

Upon moving to North Carolina, Powell was startled to learn there was a lack of substance abuse classes offered as well as a small number of counselors.

“I started some classes to help train counselors in the Elizabeth City area,” she said.

After working for Trillium Health Resources, Powell was hired by her current boss, Chris Fontana, who also owns a similar facility in Elizabeth City. Prior to that he operated a treatment facility in Chesapeake, VA.

“Chris is a great guy to work for,” Powell said. “For him, it’s not all about making money, it’s about treating people and getting them the help they need to get off drugs. I’ve seen him take a loss because he wanted a person to regain a quality of life.”

Fontana opted to expand his clinic and chose Ahoskie. That clinic opened Jan. 11 at 312-D South Academy Street – the building that formerly housed Ahoskie Family Physicians (behind DrugCo Pharmacy). They accept Medicaid and self-pay; and are currently waiting on grant funding from Trillium that will allow the Ahoskie Clinic to offer services at no cost.

WINDSOR – They are warriors, and they are also citizens. And, thanks to the Employers Support for the Guard and... read more