Chowan’s nineteen-sport athletic department will realign with the Conference Carolinas as a full-member while maintaining an associate relationship with the CIAA for both football and women’s bowling.

“Chowan University is grateful to have been part of the CIAA,” stated Dr. White. “I value the relationships we have established and look forward to continuing those friendships for a long time as an associate member for football and bowling.  I also look forward to our new alignment with Conference Carolinas, which will bring more of our athletic footprint under a single conference membership.” 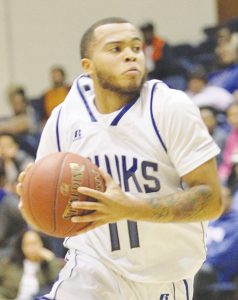 Chowan University athletics will realign with Conference Carolinas in 17 sports as a full-member beginning in 2019-20 but still maintain an associate membership with the CIAA for both football and women’s bowling.

Chowan introduced a men’s swimming program in the fall of 2018 that will compete immediately in Conference Carolinas alongside the women’s program.  The Hawks baseball program will also enter Conference Carolinas in 2018-19 academic year after playing as an independent for the 2018 season.

With the addition of Chowan as a full-time member of the league, Conference Carolinas will have a 12-team membership that includes Barton, Belmont Abbey, Chowan, Converse, Emmanuel (Ga.), Erskine, King (Tenn.), Lees-McRae, Limestone, Mount Olive, North Greenville, and Southern Wesleyan.

“We are thrilled to have Chowan joining our conference as a full member and the experience it will provide to everyone involved,” said Dr. Alan Patterson, Commissioner of Conference Carolinas. “Our mission as a conference is to provide our student-athletes with as many possibilities to excel on and off the field of play, which this move will allow. Conference Carolinas provides a large number of Division II sports that Chowan sponsors and gives the student-athletes an opportunity to compete at the highest level in their respective sports.”

Chowan has been a full-member of the CIAA from 2007-08 to 2018-19.  At the time, Chowan and the CIAA made history after being accepted as the only full-time member institution that was not an HBCU.  The Hawks will continue the relationship with the CIAA as an associate member for both football and women’s bowling. A timeline for the official realignment has yet to be announced.

“It is a bittersweet moment for Chowan Athletics,” stated Patrick Mashuda. “We are grateful to the CIAA for welcoming Chowan with open arms as the first non-HBCU into the conference. We look forward to continuing our relationship with the CIAA and their members, as well as, continuing our established rivalries within the CIAA. The CIAA has brought and will continue to bring rich and rewarding experiences for our student-athletes and coaches at Chowan.”

“It has been a pleasure to have Chowan as a member of the CIAA,” commented CIAA Commissioner Jacqie McWilliams. “Due to the growth of their athletic programs we understand their decision to transition to Conference Carolinas for all sports except football and bowling. We look forward to having them as associate members and working with their administration in the upcoming year.” 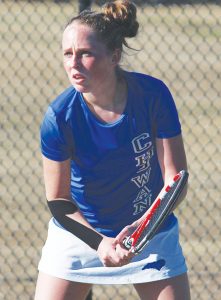 Timetable:  Chowan will continue to compete in the CIAA in the nine sports (men’s and women’s basketball, bowing, men’s and women’s cross country, football, men’s golf, softball, and volleyball) until the end of the 2018-19 academic year.  Baseball and men’s swimming will compete in Conference Carolinas starting in the fall of 2018.  Football and bowling will remain as associate members in the CIAA starting in the fall of 2019.  Chowan will begin play as a full-time member in Conference Carolinas in 17 sports during the 2019-2020 academic year.