ENFIELD – A local man was arrested by the Enfield Police Department here early Sunday morning on several felony drug-related charges, including possessing over six grams of heroin, cocaine and marijuana. 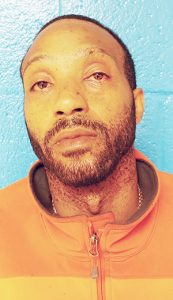 “After Officer Little activated his blue lights and siren, he observed the passenger of the vehicle throw a large pill bottle from the window,” Davis said. “Once the vehicle stopped, Officer Little and Officer E. Johnson, also of the Enfield Police Department, detained the driver and passenger.”

Davis added that Officer Little recovered the discarded pill bottle and found it to contain 6.2 grams of heroin, cocaine, and marijuana. A search of the vehicle led to the recovery of 40 generic Percocet pills, drug paraphernalia, marijuana, and a concealed weapon.

At that point, Little arrested Miles. Subsequent to the arrest, Miles was searched, which produced $1,511 in cash.

A warrants check of the driver, Shakina Lashante Broady of Rocky Mount, led to her arrest as well. Little cited her with a traffic violation – failure to maintain lane control – and also arrested her on an outstanding order for arrest out of Nash County for driving while license revoked. Broady was held under a $500 bond. She has a May 14 court date in Nash County to answer the order of arrest charge there.

GATESVILLE –Bundy Lane and Bryan Buck are fed up. They are growing tired of seeing trash dumped along local roads... read more