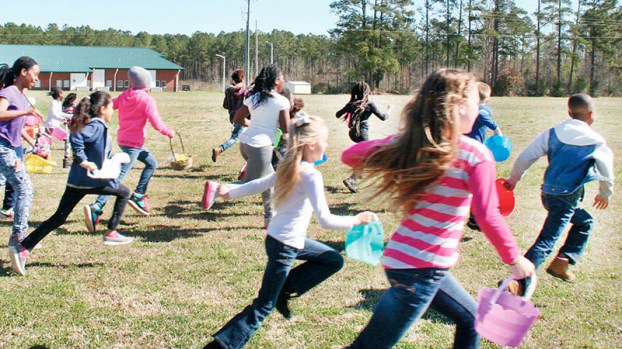 JACKSON – Northampton County’s Recreation Department held its ninth annual Easter Egg Hunt at 10 a.m. on Saturday, April 1. Children from infants up to 12 years old gathered for the outdoor event at the Cultural and Wellness Center in Jackson. 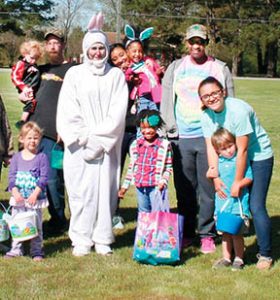 After their quest to locate the colorful orbs, children and adults visited with the Easter Bunny.

Normally, the event, which is always held two weeks before Easter, takes place on the baseball fields at the Center and the children are split up into three age groups. Recreation Department Director James Roberts said that due to rain the day before the event was moved to the grassy area around the Center building and there were only two age groups.

The infant to four year old group, assisted by their parents, hunted for Easter eggs first in the area next to the building, while the children aged five to 12 years old searched for eggs in the open area behind the building.

Shirley Kwasikpui, chair of the Recreation Advisory Board, said she was pleased with how the event turned out and that the weather cooperated so the kids could come have a fun time.

Children and parents were treated to a hotdog lunch after the event. Children also took pictures with the Easter bunny and played on the Center’s new playground.