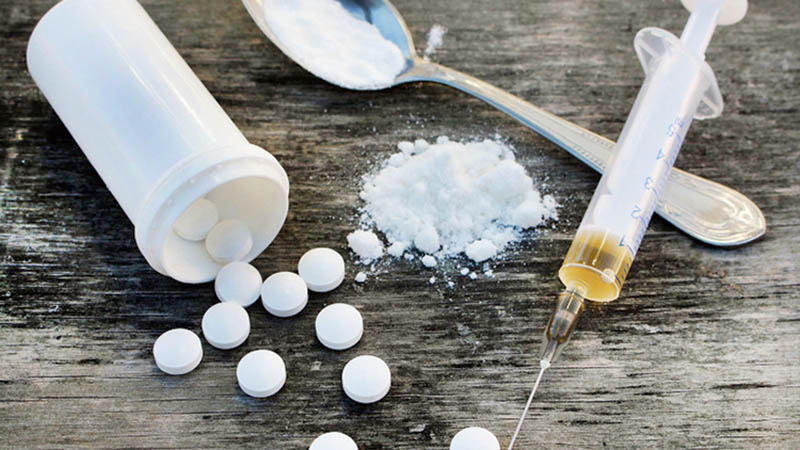 R-C area law enforcement officials have joined forces to create the Down East Drug Task Force. They will be targeting the growing misuse of heroin and opioids. | Web Photo

If two heads are better than one, then double that amount should prove to make a huge difference.

After months of planning, the Down East Drug Task Force was formed this past December by the Sheriff offices in Bertie, Hertford and Northampton counties along with the Ahoskie Police Department.

The Task Force, made up of existing narcotics investigators from each department, was created to take a proactive approach to combating criminal offenses relating to the escalating violence associated with drugs, guns, and gangs. Ongoing investigations have shown that the violent crimes in these three counties are related and those people who commit these crimes often cross county lines.

The implementation of this agency allows the three counties to maximize their workforce to suppress and dismantle drug organizations operating inside and outside of the greater Roanoke-Chowan area by forging partnerships with other local, state and federal law enforcement agencies. Those partnerships include the North Carolina State Bureau of Investigation and the North Carolina Alcohol Law Enforcement Agency.

“This is such a great idea,” said Bertie Sheriff John Holley. “We here at our office already have officers dedicated to work narcotics and the violent crime typically associated with illegal drug trafficking. Now we add to that workforce by having the resources of officers working narcotics in Hertford and Northampton counties along with the Ahoskie Police.

“All of these different agencies are working well together; we’re able to pool our resources and coordinate our efforts targeting the drug traffic,” Holley added. “We have some very hard working officers that are highly trained in combating drugs.”

When asked about the local severity of drug use, Holley said it is growing.

“We’re seeing a major shift in those that were using crack and powder cocaine and moving towards heroin and opioids,” the Bertie Sheriff remarked. “We’re hearing of instances where these drug abusers are seeking out those who have doctor-prescribed medications such as oxycodone and hydrocodone and attempting to purchase those pills.

“We’re making a dent in the local drug trade so far,” Holley continued. “It’s an honor to work with these other agencies. All of us are about the same thing…getting these drugs off our streets.”

Opioids – according to www.drugabuse.gov – are a class of drugs that include the illegal drug heroin as well as powerful pain relievers available legally by prescription, that include codeine, morphine, and fentanyl along with oxycodone and hydrocodone. These drugs are chemically related and interact with opioid receptors on nerve cells in the body and brain.

The current epidemic of prescription opioid abuse has led to increased use of heroin, which presents similar dangers.

“The misuse of these types of drugs, to include heroin, is on the rise in our county,” said Hertford County Sheriff Dexter Hayes. “We’re also experiencing an increase in crimes, especially breaking and entering and theft, as these users are searching for items to steal that they can turn into quick cash to support their drug habit. That part impacts our law-abiding citizens who are seeing the items they work for to purchase being stolen.

“That’s a cycle that needs to stop and the formation of the Down East Drug Task Force will hopefully make a dent not only in the illegal trade and abuse of drugs, but the B&E and theft cases as well,” Hayes added.

Like Holley, Hayes said the additional manpower is welcomed.

“Most all of the law enforcement agencies in small, rural counties like ours have limited resources,” Hayes noted. “This new collaboration among the three locals counties along with the Ahoskie Police increases our manpower, and gives us more eyes out on the street.

“Drug dealers and users here locally do not stop at the county line, and neither should we,” Hayes added. “Those dealers and users share information about how to avoid detection. Having a task force such as this that can cross county lines and work together gives us an advantage in sharing surveillance and intelligence gathered from those efforts. It helps us to share information as we work together to make our communities a safer place.”

Hayes also mentioned how the new agency can also act as a way to keep track of gang activity.

Northampton County Sheriff Jack Smith stated that he welcomes the additional manpower as his department continues in its effort to crackdown on the sale and use of illegal narcotics.

“This task force gives us the opportunity to use these combined resources to assign two, three, four officers to a case rather than just one,” Smith said. “That also helps the officers from a safety standpoint as sometimes we encounter situations where we are outmanned.

“By working together we can get a lot more accomplished as we’re able to utilize the extra manpower to address illegal drug use,” Smith continued. “We want to remove this drug element from our county and from our schools and send those arrested to court to answer their charges.

“And, by working together, it reduces the number of deputies I sometimes have to assign to join in on an investigation being conducted by our narcotics agents,” Smith added. “That means we can reduce our costs because these task force agents are not earning any additional compensation. They are specialized in only working drug cases.”

Ahoskie Police Chief Troy Fitzhugh said it has always been his dream to have such as agency that focuses 100 percent on bringing those to justice who distribute and use illegal narcotics.

“My dream has come true with this newly formed task force,” Fitzhugh said. “This is a very well organized effort, a team of officers dedicated entirely to investigate these types of crimes and remove these drugs from our communities.”

Echoing the thoughts of the local sheriffs, Fitzhugh said heroin use is “out of control.”

“What makes that even worse is the fact that these users will commit other crimes to support their drug habit,” the Ahoskie Police Chief remarked. “That puts our innocent citizens on edge. If we can eliminate a great portion of this drug activity we should be able to witness a decrease in the number of crimes dealing with break-ins and thefts.”

While the original task force started with four agencies, Fitzhugh said there is room to grow.

“We would like to welcome other agencies to join us. We are on a mission to reduce crime and drug use so people can live safely. We are dedicated to this mission,” Fitzhugh closed.

“People who commit crimes do not have jurisdictional borders; therefore, when departments pool their resources, it makes our communities a safer place to live. With the rise of violent crime in the past year, I commend the Sheriffs and Chief of Police for taking a stand against this violence by working together,” Asbell added.

The formation of this multi-jurisdictional agency has already produced results. To date, the following arrests have been made through this collaborative effort:

Donnell Lee Jr., 39, of Oak Drive, Lewiston, was arrested on 12-14-2016 after the execution of a search warrant at his residence.  Lee was charged with trafficking Heroin, Trafficking Cocaine, and Possession with Intent to Sell and Deliver Marijuana. Lee was jailed under a $500,000 secured bond and had a first court appearance on 12-15-2016.

George Stanley Bell, 61, of Woodard Road, Windsor, was charged with possession with Intent to Sell and Deliver Heroin after the execution of a search warrant at his residence.

Alvin McKinley Boone Jr., 24, of NC Hwy 11, Lewiston, was arrested for Trafficking Heroin, Possession with Intent to Sell and Deliver Marijuana, and various traffic related charges by the North Carolina Highway Patrol.  Boone was held under a $150,000 secured bond and had a first court appearance on 12-14-2016.

Patrick Dion Norman, 41, of Hill Street, Ahoskie, was arrested on 12-8-2016 after the execution of a search warrant at his residence. Norman was charged with Possession with Intent to Sell and Deliver Marijuana, Possession of Firearm by a Felon, Maintaining a Dwelling, and Possession of Drug Paraphernalia.  Norman was jailed under a $25,000secured bond and had his first court appearance on 12-9-2016.

Logan Ryan Demkow, 21, of Covington Street, Asheville, NC was charged on 1-11-2017 with Possession of Marijuana.

Nickolas Harris, 21, of Barfield Road, Eure, was arrested on 1-6-2017 for Possession with Intent to Sell and Deliver Heroin, Maintaining a Vehicle, and Possession of Marijuana.  Harris was under a $40,000.00 secured bond and had a first court appearance on 1-17-2017.

Ikeshawn Tyrell Bynum, 27, of Rogers Street, Ahoskie, was arrested and charged with Possession of Cocaine, Possession of Drug Paraphernalia, and Driving while License Revoked. Bynum was under a $5,000 secured bond and had his first court appearance on 1-10-2017.

Marquis Devonne Bell, 22, of Hill Street, Ahoskie, was arrested for Possession of Cocaine, and Possession of Drug Paraphernalia.  Bell was under a $5,000 secured bond and had his first court appearance on 1-10-2017.

Gregory Jaquawn Bardlavens, 36, of Richard Street, Winton, was arrested and charged with Possession with Intent to Sell and Deliver Heroin, Maintaining a Vehicle to store a controlled substance, and Possession of Cocaine. Bardlavens was under a $50,000 secured bond and had a first court appearance on 1-17-2017.