GREENVILLE – A possible delay in the trial of Operation Rockfish defendant Antonio Tillmon could be in the offing after his new attorney filed a motion for a continuance in the police corruption case.

Tillmon, a former officer with the Windsor Police Department, is the only defendant in the case to enter a not guilty plea. The other 14 have accepted plea deals and are tentatively scheduled for sentencing in March. 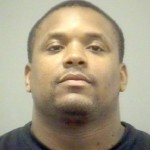 Now, however, his attorney, Paul K. Sun Jr. of Raleigh, has requested an order from United States Senior District Judge Malcolm Howard to set the trial for the weeks of April 24 and May 1.

“Mr. Tillmon is charged with ten counts,” Sun wrote this week in a motion contained in the federal court record, noting the counts include conspiracy to distribute and possess with intent to distribute heroin and cocaine, conspiracy to use and carry firearms, attempt to possess with intent to distribute, and federal programs bribery. “Undersigned counsel was appointed pursuant to the Criminal Justice Act after Mr. Tillmon’s former counsel was permitted to withdraw.”

Sun notes he has worked diligently and in good faith to meet with Tillmon and become familiar with the case.

However, he wrote, “The amount of discovery in the case is significant, comprising substantial paper discovery, electronic files, numerous audio and video recordings, and related transcripts. Thus, counsel reasonably requires additional time to prepare for trial.”

“This motion is made in good faith and not for purposes of delay. Undersigned counsel has not previously sought to continue the trial date. The ends of justice served by granting this continuance outweigh the best interest of the public and the defendant in a speedy trial,” Sun wrote in his motion.

The Operation Rockfish police corruption sting contains a 54-count federal indictment that alleges 13 law enforcement officers and two other individuals protected narcotics shipments and cash proceeds during transit along the East Coast for what they believed was a large-scale drug trafficking organization that was actually an undercover operation by the FBI.

(Lance Martin is the Editor and Publisher of www.rrspin.com. This article is published with permission.)