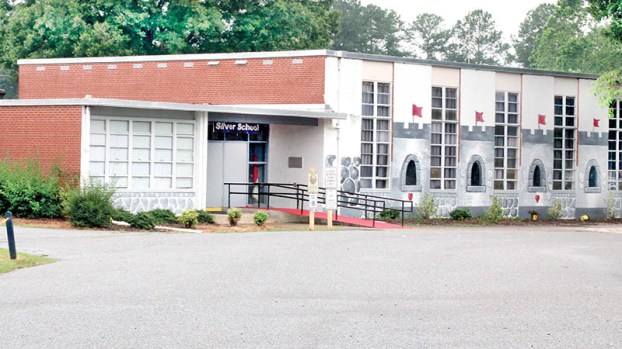 The administrative offices and the auditorium of Ahoskie Elementary School (both shown here) are part of the original 1954 construction of the educational facility. Replacing the entire school is now under serious consideration by Hertford County officials. | File Photo

The time is now!

Hertford County Public Schools Superintendent Dr. William T. Wright Jr. said his presence at Tuesday’s meeting was in follow up to a presentation made in the summer of 2016 about the possibility of building a new AES. At that time, he said Hertford County Public Schools was in the process of completing a facilities study countywide. The results of that study, performed by Dr. Ken Phelps and his team from the North Carolina Department of Public Instruction, were made available in late November to the county’s school board.

“That study identified many needs of our school district, some of which we are already working on,” said Wright. “The most prevalent of those needs is a new replacement school for Ahoskie Elementary.”

Wright noted that original portion of AES was constructed in 1950’s and is currently not conducive for 21st century learning.

“The Hertford County Board of Education has taken a proactive step and beginning with the next school year (2017-18) they have chosen to move the sixth grade to Hertford County Middle School,” Wright stated. “So that, in turn, will create the need for a fourth and fifth grade only Ahoskie Elementary School, which will save the citizens of Hertford County some money.”

There was no mention at Tuesday’s meeting of the cost to build the new school.

Wright further stated that by sending the AES sixth graders to the middle school, a new school would only need to be about two-thirds the size of the current facility.

The proposed location of the new AES is between the current facility and Bearfield Primary School.

“We’re prepared to work towards the next step of obtaining bids for the architectural design and initial drawings of the new school,” Wright informed the commissioners. “We have been advised and are prepared to move forward in forming a committee of people to help in developing a list of architects to evaluate and review.”

Ronald Gatling, chairman of the Hertford County Board of Commissioners, said he was not aware of the typical protocol to follow since neither he nor any current member of the board had previously been involved in a new school construction project. However, he did like Wright’s idea of putting together a committee of stakeholders.

“Among your first steps is to have the chairman of the commissioners and the superintendent of schools sit down for a face to face meeting and select those who need to be on such a committee,” said Charles “Chuck” Revelle, who serves as legal counsel to Hertford County local government.

“If the county’s representation on that committee is one of our commissioners, then that person can report back periodically to the full board and update them as to where the planning process is for this new school,” Williams stated.

Newly elected Commissioner John Horton, who previously served on the county’s Board of Education for over 20 years, has some experience when it comes to the planning process of new school construction.

“I was on the other side of the table then,” said Horton, referencing his time on the school board. “I do know that when we were building new schools that the county commissioners were very gracious during that process and I do not see any evidence that will be any different this time.

“I’m looking forward to working with Dr. Wright and our board of education in an effort to put our children in suitable facilities,” Horton continued. “And I need to add that this is not a new project; we talked about replacing Ahoskie Elementary back when I was on the school board.”

J. Wendell Hall, a veteran member of the county’s board of education and the current chairman of that group, said he and the board were supportive of the direction, to date, that Dr. Wright was moving in regards to possibly building a new AES.

Another veteran county leader, Commissioner Curtis Freeman, who now serves as vice chairman of the board, said this project is long overdue.

“I went to school there,” Freeman said. “This is something we need to jump on; keep the wheels moving on. We need to do this.”

Commissioner Johnnie Ray Farmer, also a veteran member of the board, said he recalls taking a tour of AES several years ago.

“The thing then that stuck out in my mind was those trailers (serving as classrooms),” Farmer noted. “They take away from the learning experience. Building a new school will do away with them. I fully support this project.”

According to the facilities study as conducted by the state, AES was originally constructed in 1954, with additions completed in 1958, 1974, and 1993. All of those buildings are now listed in poor and fair condition.

The facility, which sits on 10 acres, totals 52,417 square feet of permanent construction (not including modular classrooms), and has a calculated capacity of 635 students.   School administrators reported a current average class size of 25 students, with enrollment of 511 projected for the 2016-17 school year.

The buildings are linked together with a series of outdoor walkways with open metal canopies, which are generally in poor condition, and in several cases the overhead clearance is well below the minimum head height allowed by code.

The study showed that despite its age, the school appears reasonably well-maintained. However, many areas do not meet current building and accessibility codes, and several areas of the facility require modification in order to meet current elementary school educational program requirements, to include the actual size of the classrooms.

According to the study, both the current day media center  and auditorium are part of the original construction (circa 1954) and are undersized by modern standards. Additionally, the auditorium’s ceiling height of approximately 14’ -6” is too low for use as an

As far as campus security is concerned, the study said visitor entry control and monitoring of activity within the school are difficult due to the campus layout comprised of separate buildings linked by outdoor canopies.

Meanwhile, vehicular circulation and traffic control within the school site are poorly organized. Bus traffic and car traffic intermingle, with no separation between entrance drives and parking areas. Parking near the school entrance is limited.

“Two of the classroom wings are approximately 60 years old; the other classroom wing is 40 years old. The school has served the community and the county with distinction, and its well-maintained appearance reflects the pride which faculty, staff, and students hold for it. However, based on a useful life expectancy of 50 years, it is time for significant improvement, whether by renovation or replacement,” the state’s study concluded.

WINTON – Hertford County law enforcement officials did not have to launch a manhunt to serve an arrest warrant on... read more