WINTON – One local man is behind bars here, held under a $450,000 bond, in connection for allegedly being involved in a home invasion that left two local men injured. 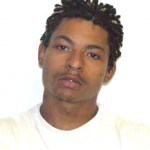 Lewis, jailed under a $450,000 bond, stands charged with seven felonies – one count each of first degree burglary, assault with a deadly weapon, robbery with a dangerous weapon, conspiracy to commit armed robbery, and assault on a handicapped individual, and two counts of second degree kidnapping. He was also charged with one misdemeanor count of injury to real property.

Vaughan said the investigation continues into the case and two others are being sought for their respective roles in the crime, which occurred at around 1 a.m. on June 25 at a residence on NC 461 near Union. The Sheriff stated two men, ages 59 and 33, were at that residence, one asleep in a bedroom and the other sitting in another room, when the side door of the home was kicked in and two males, both wearing masks and armed with handguns, entered.

The man who was asleep was attacked and drug from his bed into another room. The other victim was bound with a belt and a cord from a laptop computer and attacked, according to Vaughan.

The incident report said that while one of the suspects stood watch over the two victims, the other ransacked the home. An inventory of the items stolen included three cell phones, seven pair of jeans, 20 baseball hats and nine pair of shoes.

After the suspects left the home, the victims called 9-1-1 and Hertford County Sheriff deputies John Parker and Jesse Fennell Jr. and Sgt. Scott Cofield were dispatched to the residence. Upon their arrival and checking on the medical condition of the two victims, both went to the hospital for treatment of their non-life threatening injuries.

HCSO Investigator Dexter Hayes was summoned to the residence. With the assistance of Parker and Fennell, Hayes discovered footprints in the wet grass behind the residence. Those tracks led to the edge of a road located behind the home.

“Upon returning to the residence, Investigator Hayes spotted a white card on the ground along the path of the footprints,” said Vaughan. “The card was not wet, as if it had just been dropped there. The card was a (driver’s) learner’s permit issued in the name of Reco Lewis of 220 East Richard Street in Ahoskie. Because the card was dry and because it was undamaged by the grass in that yard being recently mowed, it led us to believe that Mr. Lewis was involved in the home invasion and inadvertently dropped the card while fleeing from the scene of the crime.”

The ensuing search for Lewis led deputies first to Lewis’s girlfriend’s home in Winton and then to his sister’s house in Ahoskie. The latter location provided several other clues.

“We were able to learn from Mr. Lewis’s sister that he had recently used her car and she advised us that she saw her brother place something in the trunk of that vehicle,” Vaughan said. “After receiving permission to search the trunk, we discovered a pair of black Jordans (tennis shoes), identified by the victims of the shoe type worn by one of the suspects during the home invasion.”

Vaughan added that a further search of the vehicle produced several t-shirts that were still “wet to the touch, as if they had just been taken off,” the Sheriff stated.

“With that type of evidence we were able to impound that vehicle and process it for DNA evidence,” Vaughan said.

After several attempts to locate Lewis, he was finally located and arrested on June 29 in an area along Jernigan Airport Road, south of Ahoskie.

“My guys did a great job in investigating this crime and, to date, we have one in custody and are seeking two others,” Vaughan said. “Crimes of this nature, especially in cases involving a victim that’s handicapped, are very scary. I would encourage our citizens to do all they can to help ensure their safety by installing heavy doors and dead bolts. If they are victims of a home invasion and unarmed, I would urge them to cooperate fully with those breaking into their home. Items stolen can be replaced, but a life cannot.”