JACKSON – A 40-year-old Gaston man stands charged with numerous felonies after marijuana was discovered in his residence on Friday evening. 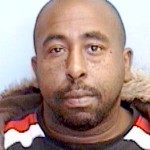 Burnette said due to information obtained by the NCSO as well as an ongoing investigation, officers executed the search warrant at the residence. The Northampton lawmen were joined by officers with the Halifax County Sheriff’s Office, to include a K-9 unit.

Burnette added that the search also turned up several items that were reportedly stolen. She said additional charges are pending in regards to the stolen merchandise.

The Gaston Police Department also assisted in the case.

“We’d like to thank everyone involved, it shows that the teamwork among the different law enforcement agencies is productive when we all work together,” she said. “We also thank our citizens for providing information in cases such as these. We urge them to continue to contact us whenever they believe criminal activity is occurring.”

AHOSKIE – A shooting victim will be arrested on drug charges following his release from the hospital. Hertford County Sheriff... read more