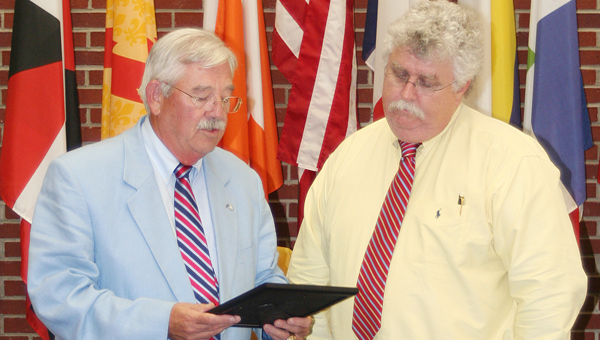 On Tuesday, Mayor John Hinton presented Hicks with a resolution of appreciation for his work with the town of Murfreesboro.

Hicks came on board in February following the resignation of former Town Administrator Lee Capps. Hicks was previously with the town of Farmville for 22 years as the Town Manager. He became the first Town Manager for Farmville after the town switched to a council-town manager form of government.

In the resolution it was stated that Hicks served “energetically during a time of leadership transition.”

“Thank you sir, and we really appreciate it,” said Hinton following the presentation.

In a memo to board members, Town Administrator Brandon Holland, who was hired in May, expressed his thanks to Hicks.

“We greatly appreciate Mr. Hicks for everything he has done during his time here, and he has certainly given the Administration a push in the right direction,” Holland noted in the memo.

“It has been a pleasure working with you, I’ve enjoyed being here,” Hicks said later in the meeting.

Following his departure from Murfreesboro, Hicks will be going to Smithfield where he will serve as Interim Town Manager.