WINDSOR – Bertie County authorities are looking for a man who resisted arrest and fled Friday.

James Edward Speller, II, 33 of Governor’s Road in Windsor, is being sought on four felony counts including drug related charges. 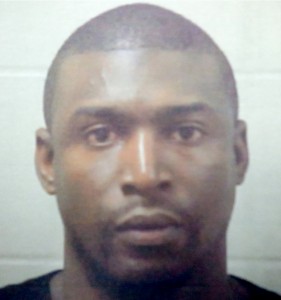 “He agreed to lead officers to another suspect and, upon arriving at the location, he jumped and ran,” Sheriff Holley said.

Speller had been arrested after Narcotics Officer Brian Edmondson of the Bertie County Sheriff’s Office received a tip about the suspect and instigated a traffic stop.

Sheriff Holley said upon searching the car, officers four more than four grams of opium and placed Speller under arrest.

He is charged with two counts of trafficking opium or heroin, resisting a public officer and maintaining a vehicle or dwelling to keep a controlled substance.

“We’re asking anyone with information about Mr. Speller’s whereabouts to contact us as soon as possible,” Sheriff Holley said. “As always, we want information, not names.”

The Town of Windsor uses this substation to divert electrical power to its residential and commercial customers after purchasing the... read more