One arrested, one sought for “inside job”

LEWISTON – An alleged “inside job” robbery landed a convenience store clerk in jail and has launched a search for a co-conspirator.

Felicia Marie Lee, 30, of 348 Pine Street, Lewiston, was arrested last week and charged with felony conspiracy of breaking and entering of a building, conspiracy to commit felony larceny and larceny by an employee. 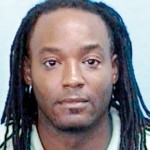 Lee has posted a $50,000 cash bond and is awaiting her next appearance in Bertie County District Court.

Arrest warrants have been issued for 35-year-old Michael Larenco McMillian of 250 Fletcher Johnson Road in White Oak, NC (Bladen County). Upon his arrest, McMillian will be formally charged with four felonies – breaking and entering, safecracking, larceny after breaking and entering and possession of stolen goods. 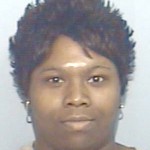 According to Lewiston-Woodville Police Chief J. Winston Panton, the crime took place in the early morning hours of Dec. 4 at the Duck Thru Convenience Store located in his town. The robber allegedly stole an undisclosed amount of cash from the store’s safe.

Panton said Lee was employed as a clerk at the Lewiston store. Following an investigation – an effort between Panton, the Bertie County Sheriff’s Office and Jimmy Barmer, who works security for the chain of Duck-Thru stores – Lee was developed as a suspect.

“From what we learned, Miss Lee and Mr. McMillian were in a relationship,” Panton said. “He was a truck driver that frequented the Lewiston area and apparently made stops at the Duck-Thru here in town.”

Panton said once Lee was targeted as a suspect…“she came clean, telling us what went down that night.”

It is alleged that Lee provided McMillian with a key to the convenience store, the code to disarm the alarm and the code to access the safe.

“He went in, took the money and left; all that was missing from the store was the money locked in the safe,” Panton said.

Chief Panton said Lee was developed as a suspect two weeks after the crime.

“He (McMillian) was caught on the store’s security camera, seen talking on a cell phone while in the act of committing the robbery,” Panton said. “We decided to subpoena the cell phone records of all (Lewiston) Duck-Thru employees from where we discovered a connection between Miss Lee and Mr. McMillian.”

Panton continued, “We contacted Mr. McMillian and let him know that Miss Lee had given him up. He has admitted to his role in the robbery and promised he would surrender, as well as provide the identity of a look-out who was in the get-away vehicle while Mr. McMillian was committing the crime, once the arrest warrants were issued against him. Well, those warrants are written (as of Feb. 2) and every time I try to contact him on his cell phone, he answers, hears my voice and hangs up.”

Those with information on McMillian’s whereabouts are urged to contact the Lewiston-Woodville Police Department at 348-2499 or the Bertie County Sheriff’s Office at 794-5330.

Panton said he wanted to thank Detective Sgt. Ed Pittman, Detective Harris Williams and Deputy Daniel Flores, all of the Bertie County Sheriff’s Office, and Barmer for their assistance in solving this case.

AHOSKIE – A plan currently under study by the Ahoskie Town Council is aimed at improving traffic flow, particularly in... read more