WINTON – The New Year rang in with the sound of gunfire and sirens.

The Hertford County Sheriff’s Office has warrants drawn for Jermaine L. Dukes on the charge of attempted first degree murder after he allegedly shot a Murfreesboro man at a New Year’s party early Saturday morning at Club 561 located near the St. John community. 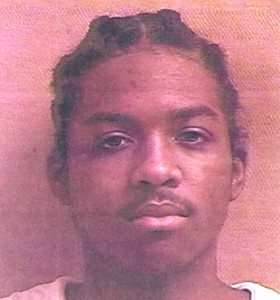 The victim was Keith Powell, 26, of Murfreesboro. According to Hertford County Sheriff Juan Vaughan, Dukes fired several shots from a handgun in Powell’s direction, striking the victim once in the neck.

Powell was transported by private vehicle to Roanoke-Chowan Hospital in Ahoskie and then transferred to Pitt County Memorial Hospital in Greenville where he was later released.

“We received a call around 4 a.m. on January 1 regarding the shooting,” Sheriff Vaughan said. “The call came from a female who informed us that she was transporting her brother to RCH and that he had been shot.”

HCSO Captain Marty Davis performed the initial investigation at the crime scene. He later learned that the female caller was not related to the victim.

“Through his investigation at the club and from later talking with the victim, Captain Davis was told there were a few fights that had broken out at the club prior to the shooting,” Vaughan stated. “As a result, Mr. Dukes pulled a handgun and fired several times at Mr. Powell.”

Sheriff Vaughan asked the public to help locate the shooter, but did so with a warning.

“He has reportedly already shot one man, so he needs to be considered as armed and extremely dangerous,” the Sheriff said. “If you know his whereabouts, I would advise not to attempt to make contact with him; rather give us a call at (252) 358-7841.

“That’s the last known address we have on him, but that’s not where he’s at now; he’s hiding out somewhere,” Sheriff Vaughan concluded.

HCSO Detective Dexter Hayes is also assisting with the investigation.

Tom Jones Jr. (right) of Murfreesboro accepts the oath of office as he was sworn in on Saturday morning as... read more