I’m a Carolina football fan and I’m proud of it.

The investigation into potential (in some cases probable) wrongdoing by several players has cast a dark cloud over the University of North Carolina football program recently. 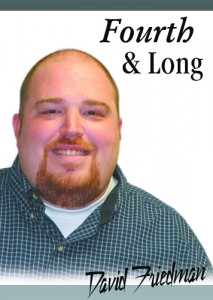 The recent resignation of associate head coach and supposed recruiting extraordinaire John Blake has done nothing to divert focus away from the controversy.

Lost in the swirl and mix of rumors and rumors of rumors is the fact that a large group of athletes not under investigation took to the field Saturday evening and represented their university and program well.

The absence of 13 players for UNC’s game against LSU in the Georgia Dome seemed to be the only topic the national media discussed in reference to the Chick-Fil-A Kickoff. Because of what they deemed to be significant personnel losses some so called experts put Carolina’s chances at victory “somewhere between slim and none”.

In a game that was labeled an instant classic, those young men in Carolina Blue gave the Tigers of LSU all they could handle and despite being down by 20 points at halftime managed to come back and almost win it before time expired.

The Tar Heels looked anything but perfect in the first half. Sloppy execution, turnovers and special teams play that appeared to desperately miss its best weapons led to a first half deficit that proved too difficult to overcome.

It was the way the boys in blue responded to the situation in the second half that made me proud to call myself a Tar Heel.

They showed “grit” for lack of a better term. Few gave them a chance at victory before the game and nobody outside of the Carolina locker room gave them one down 20 at the half. Despite the distractions, despite the injuries (at one point they were playing their 5th string running back) and despite the score these men never gave up on each other.

When all is said and done, the attributes those players showed on the field Saturday night are the exact reasons parents encourage their sons and daughters to play sports in the first place. Discipline, sportsmanship, teamwork, determination and work ethic were abundantly displayed.

There are certainly still questions surrounding the program that need to be answered. Regardless however of who can and who cannot play, it was made clear to all who cared to see that there is still a football program in Chapel Hill worthy of praise.

Every member of that team and coaching staff has been and will be punished for the actions of a few knuckle-heads. Those players proven not guilty that took the field deserve our respect and praise. Congratulations to Butch Davis and the North Carolina Tar Heels, you represented yourselves and your university well this weekend.

David Friedman is a long-time contributor to the Roanoke-Chowan News Herald. A Bertie High School
graduate, he and his wife currently reside in Wilmington. David can be reached via e-mail at
dave@gate811.net.

Northeast Academy swept a pair of varsity tennis outings in the last week to improve to 3-1 for the season.... read more